Natalie Leon, secretly known to her clients as The Wellness Whisperer, helps people overcome their relationship with body image & food through mindful movement and a healthy mindset. As a Body Image and Fitness Advocate, Motivational Speaker and Author of Loving Me: Finding Peace in the Present, she shares her message for self-worth at her Speaking Engagements and Retreats. As a Personal Trainer and Fitness Instructor over the last 20+ years, Natalie offers an array of services that empower and give people the tools to live a healthy, balanced and mindful lifestyle. You will learn the 5 connections to supercharge your relationship with your mind body, and soul, walking away with new insights, practical tools, and a brand new way of seeing you from a place of love.

Natalie is the owner of Natalie Leon, LLC, a
wellness company that coaches and
empowers individuals to love and own all of
who they are from the inside-out. Natalie is
also a former co-owner of an eating disorder
clinic and co-creator of a women’s wellness
center. She believes that a balanced lifestyle
with proper exercise, adequate nutrition and a
connection to self-worth empowers a human
being to live their lives to their fullest
potential.

At a young age, Natalie embarked on a life challenge for self-worth that unbeknownst to her at the time, would years later become her gift to others. Her transition from New Orleans to Southern California threw her into turmoil as a young girl trying to understand herself in a new world of “you are what you look like.” As an actress at UCLA, Natalie became acquainted with the pressures of Hollywood.  She began raising awareness about body image by writing, directing and performing in plays. She worked closely with the Chancellor of UCLA, helping under-privilege high school students in South Central showcase their stories and ran a support group on her college campus for young girls.  Nonetheless, her own struggles continued for years, as the negative energy began to take over her life, all while debilitating health problems began to emerge.  It was in deepening her spirituality, Yoga practice, holistic medicines and incorporating her own practices that the shift towards the positive began.

In 2000 Natalie created Natalie Leon, LLC and began her Personal Training and Fitness Instructing career in Southern California and then moved to Hawaii to co-create an eating disorder clinic for women and girls.  She later expanded her reach to Florida, where in 2015, she co-created a women’s boutique wellness center, offering fitness and wellness classes as well as workshops focusing on the entire being.  She led a team of over 20+ fitness professionals in spreading the messages within her book, Loving Me.

Natalie Leon, LLC has expanded to include Loving Me Retreats in luxurious, beachfront accommodations. Retreats are intricately designed for the novice looking to re-charge to the fitness professional ready to soar to the next level of their career.

Natalie truly “walks her talk” and intends to revolutionize the focus of the fitness industry into more of a FEELING of health and fitness and true, lasting wellness from the inside-out. 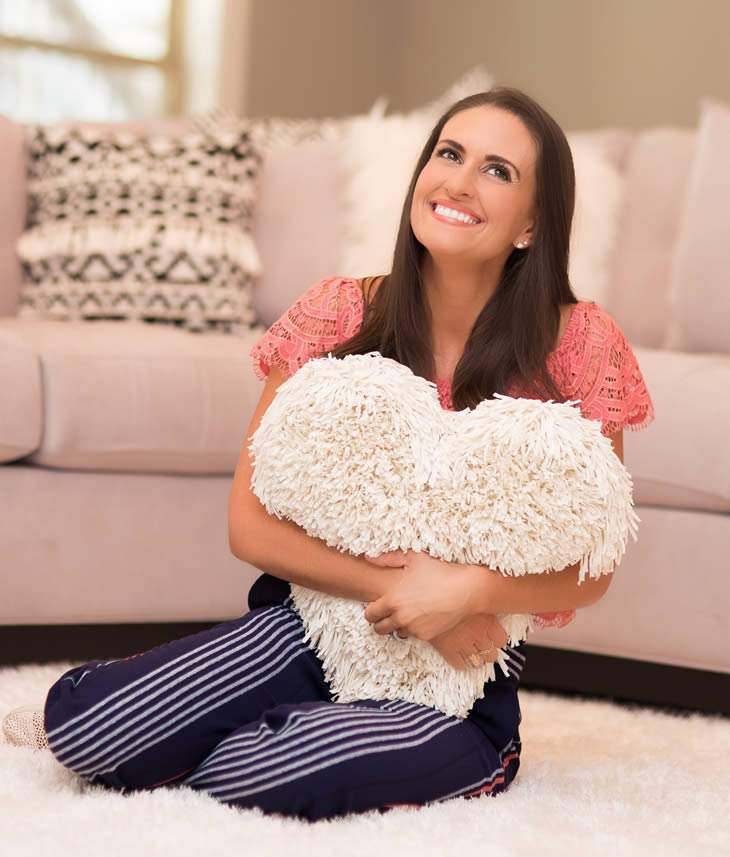 Why is health and wellness so important to me personally? We have a joke in my family that I am the healthiest, unhealthy person you will ever meet. I have had panels of doctors throughout the years want to study my case because they attribute the success I have had in managing my health condition to the lifestyle I chose to live. I have to walk my talk or I don’t walk!

When I was 18, I began experiencing symptoms from a genetic condition called Periodic Paralysis, where every muscle in my body goes completely paralyzed anywhere from ten minutes to an hour. Sometimes I will have several episodes in a day and sometimes I won’t have any for weeks. I was not formally diagnosed until I was 36 years old and up to that time it was a very scary ride. My hope is to educate others not only about this condition, in the case it may help anyone looking for answers, but also to share the importance of a healthy lifestyle in managing and perhaps even preventing any health condition from surfacing in your life.

I share how I continue to overcome this part of my story on my social media platforms so please follow along there for daily inspirations!

"Looking good is just a side-effect of FEELING good when you truly LOVE & OWN ALL of YOU!" -Natalie 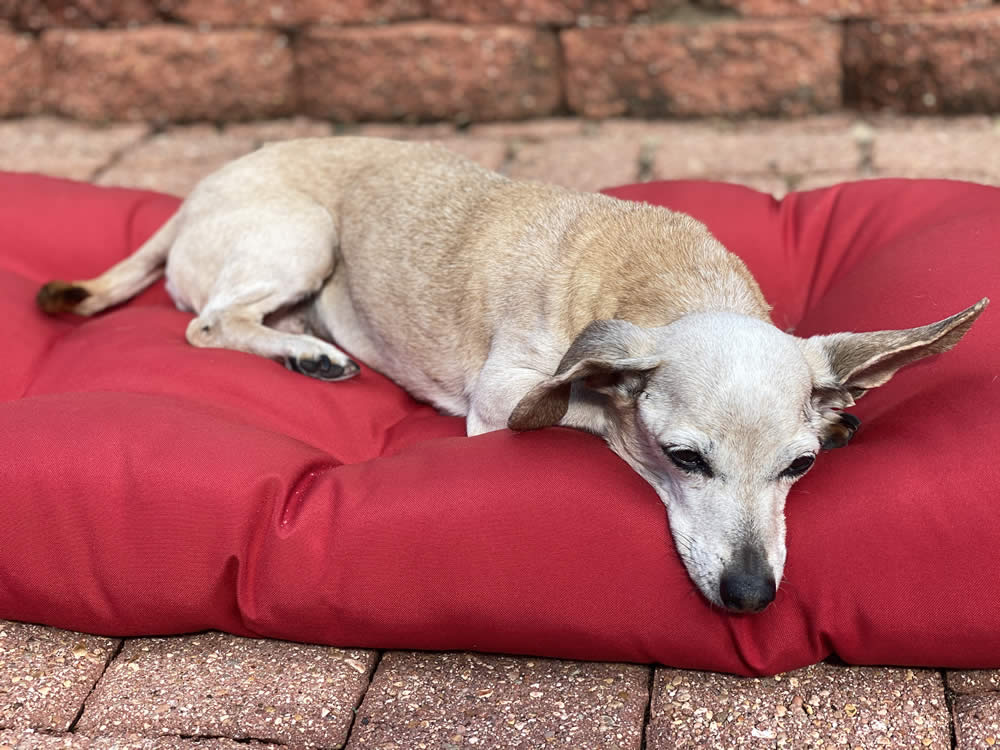 Giving Back in memory of Bitsy-Anne: the rescue dog, who rescued me…

On my precious dogs last day on this earth, we had a business meeting and I promised her that I would create a fund in honor of her called Bits of Love.  Bitsy-Anne was our rescue dog, and as they say…she rescued us over the last 10 years.  She was such an incredible little soul and my intention is to keep her memory alive by giving Bits of every purchase to her cause- to end animal abuse, neglect and to find a loving home for every pet!

A percentage of each transaction will go to Bits of Love to help other animals that are waiting to change someone’s life for the better!

Bitsy-Anne and I were so connected that she could sense when my attacks of Periodic Paralysis were coming.  She would approach me and when I would sit down she would put her little paws on my chest so I would lay down.  Sure enough, within minutes, my body would become paralyzed and she would lie beside me until I recovered.  Like I said, she saved me and its my mission to continue to fund the efforts to save other animals just like my Bitsy-Anne. 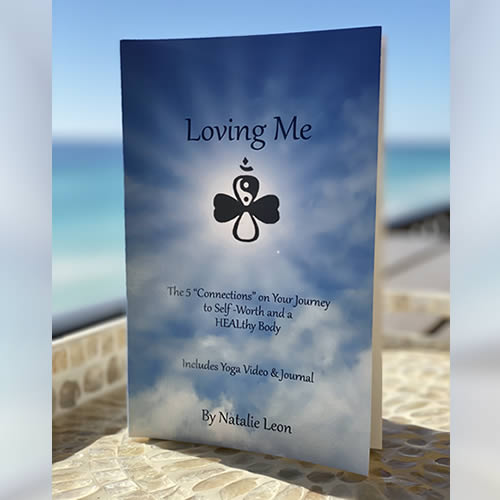 This book, journal and video create sustainable results because they re-connect YOU to YOU through a physical, mental, and spiritual lifestyle change and not a quick fix. LOOKING good is a side-effect of FEELING good! 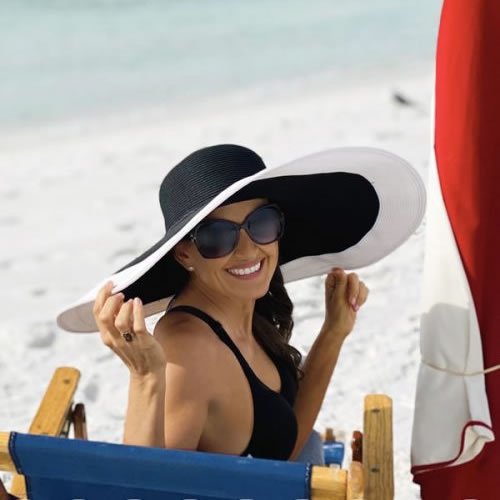 Retreats in Paradise! Treat yourself with the love you deserve in a safe place with fun fitness!  Learn about your relationship with food, exercise & your body to FINALLY see the TRUE "RESULTS” you’ve been waiting to FEEL! 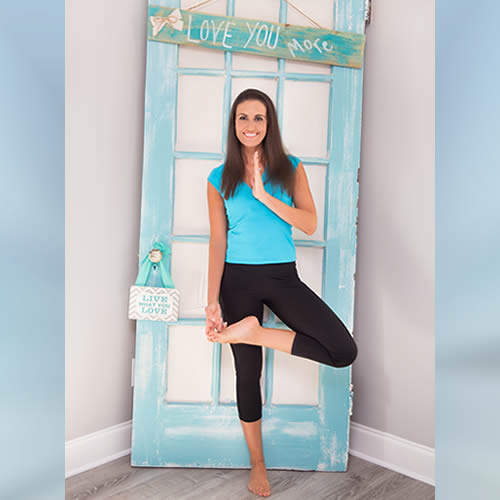 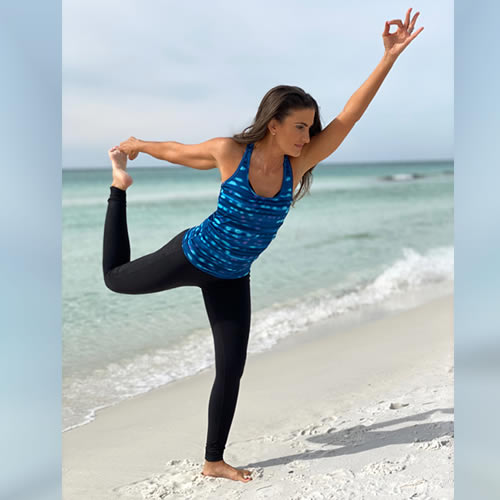 Gather your fellow colleagues and get away to the beach to refresh and re-energize your classes. In this ultimate bonding experience, re-discover what makes YOU unique and watch your classes grow in size and in DEPTH!